Once again, EuroVelo will be present at Fitur – the International Tourism Trade Fair in Madrid. Fitur 2015 brings good news for the EuroVelo project given that the Spanish Ministry of Agriculture, Food and the Environment will announce the official establishment of an EuroVelo National Coordination Centr for Spain (NECC) with the support of many Spanish regionsand the National Cycling Organisation, ConBici.


The event will take place at the stand of ‘Caminos Naturales and Parques Nacionales’ on Friday 30th January at 12:00. Mr. Antonio Flores, Sub-director General of Rural Development at the Ministry of Agriculture, Food and the Environment, Ms. Ilona Lelonek – Policy Officer at DG Enterprise (European Commission) and Mr. Ádám Bodor – EuroVelo Director, will participate in the presentation of the NECC for Spain. Please find the event program here.


Last 15th of January, EuroVelo management team in Brussels had the pleasure of attending a meeting in Madrid in which the Spanish Ministry of Agriculture, Food and the Environment announced – to an audience that included the representatives of the Spanish regions, ConBici (representing the Spanish cyclist community) and Spanish Greenways –  that the Spanish Government intended to coordinate EuroVelo and include the Spanish regions and cycling organisations in the NECC for Spain.

Over the last 14 months, the EuroVelo management team has been working on the establishment of a coordination centre for EuroVelo in Spain. Following a close coordinating effort that included all partners, the first meeting took place at the Spanish Permanent Representation of Spain to the EU in Brussels. Shortly after, the responsibility of organising and overseeing the coordination meetings in Madrid was officially handed over to the Spanish Government at FITUR 2014.

Spain has over 4,000km of EuroVelo routes (EuroVelo 1, EuroVelo 3 and EuroVelo 8 pass through Spain). The Spanish public administrations and cycling organisations are showing a strong commitment to the development of EuroVelo and its coordination in Spain. With more than 60 million tourist visiting Spain last year, it is the third most visited destination in the world. According to a recent study, cycling tourism directly employed 524,052 people in Europe during 2014 (17,432  in Spain); a figure which could rise to 869,927 (28,937 in Spain) if the ECF are successful in their bid to double the modal share of cycling by 2020. 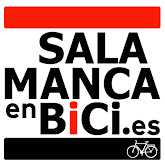 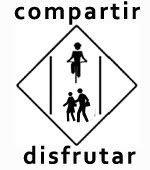